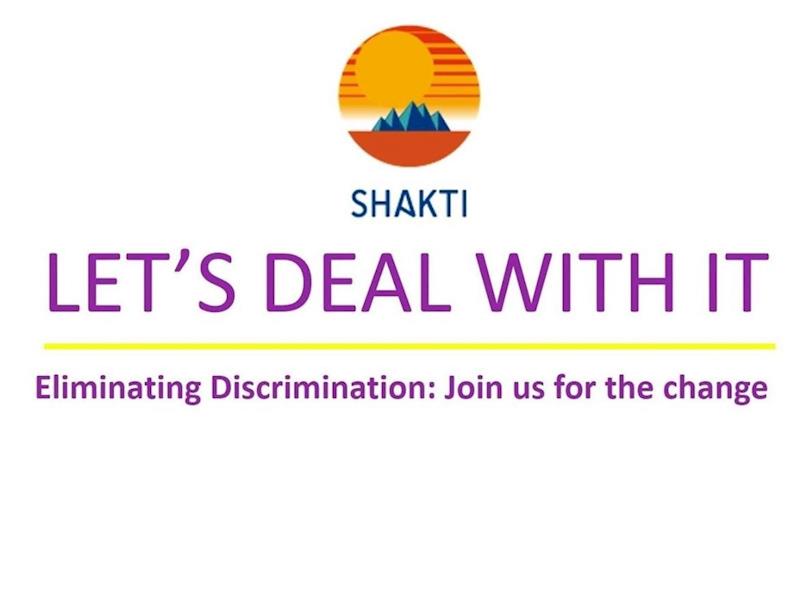 Let's Deal With It

Cause page created in the Community category by Shakti Community Council Inc.

Given by 20 generous donors in around 5 months

Shakti Community Council decided that it was timely to raise concerns around all forms of discrimination.

Eliminating Discrimination: Join us for the change

LET'S DEAL WITH IT NZ

Following the horrific mosque shooting in Christchurch on 15th March, Shakti Community Council (a national non-profit in Aotearoa New Zealand, that works with migrants and former refugee communities to prevent family violence) decided that it was timely to raise concerns around all forms of discrimination.

We came up with #LetsDealWithIt as a way to help people in Aotearoa New Zealand and the world to put themselves in other people’s shoes. Initially we wanted you to share your stories as a way to acknowledge your experience, and work towards making our homes more safe, fair, and accepting. Shakti Community Council then went on to host its first Trans-Tasman Conference on Racial Equity on the 14th of June 2019. Approximately 300 people attended the one day conference from around Aotearoa New Zealand and Australia to mourn the lives lost, and cover topics such as:

1. A Trans-Tasman framework for collaboration towards racial equity

3. The role of the media in promoting racial harmony

One of the key recommendations from the conference was that we can no longer simply talk about the discrimination that exists, we must join hands to deal with it in all its forms. The campaign in it’s rebranded iteration invites Australians and New Zealanders to share the one issue of discrimination they are already working towards changing. It invites those who have already taken the brave steps to put themselves in someone elses shoes and are now dealing with it to make our society and the world a better place for all.

On the 13th of March 2020 Shakti Community Council will officially launch the campaign across Auckland, Tauranga, Wellington, Christchurch, Sydney and Melbourne. We would love for you to get to a launch event near you, join us for a cup of tea and a chat about the stories we have gathered and how you can join us for the change.

Shakti Community Council is a culturally specialist organisation that endeavors to end family violence in migrant and refugee communities.

Created by, and paying to a verified bank account of, Shakti Community Council Inc. (Charity)
Registered Charity A Registered Charity has legal recognition under the Charities Act 2005.
Tax credit Donations of over $5 are eligible for a New Zealand charitable giving tax credit.
Page Moderated The page has been checked by our team to make sure it complies with our terms and conditions.

Given by 20 generous donors in around 5 months