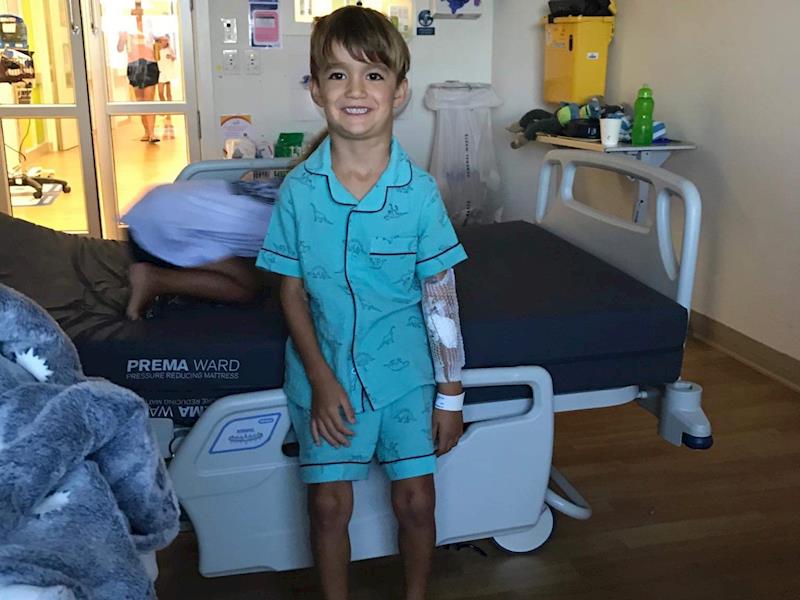 Oscar’s Fight Against the Baddies

Our little buddie has been diagnosed with acute myeloid leukaemia and needs to fight the baddies in his blood.

I am four years old.

Leukaemia is a cancer of the white blood cells.

The type of Leukaemia I have is called Acute Myeloid Leukaemia. (AML).

It is a cancer that originates in my bone marrow & develops quickly.

No-one knows why this has happened, it just has. There’s nothing anyone could have done to change that. Now we just have to deal with it.

There’s heaps of questions and we’re really lucky that the people at Starship Childrens Hospital have lots of the answers.

I’m trying to be brave.

But I’m trying to be cool in this strange new place.

My room at the hospital is now going to be my new home for about six months the doctor said. Stink.

Ice blocks for breakfast are kinda ok though.

Dad says it’ll be ok because he’s here to help the Doctors fight the baddies and make them go away from my blood.

He’s told me we won’t stop until all the baddies are gone.

The goodies are going to win!

Mum is giving me so many kisses & cuddles which I pretend is yucky but I really like it and need heaps of them at the moment. Don’t tell her though because I’m tough. I’m a big boy.

My life has changed so much this week.

But this is my life now.

I’m going to keep being cheeky, silly, awkward, funny & saying inappropriate things to grown ups while we all laugh & cry in my room & today we will start fighting the baddies until they all go away forever.

Thank you for reading my story.

To support the immediate family (mum, dad, brother, and two sisters) who live in Tauranga with expenses while mum and dad share looking after Oscar in Auckland and to ensure that Oscar has everything he needs to fight the baddies 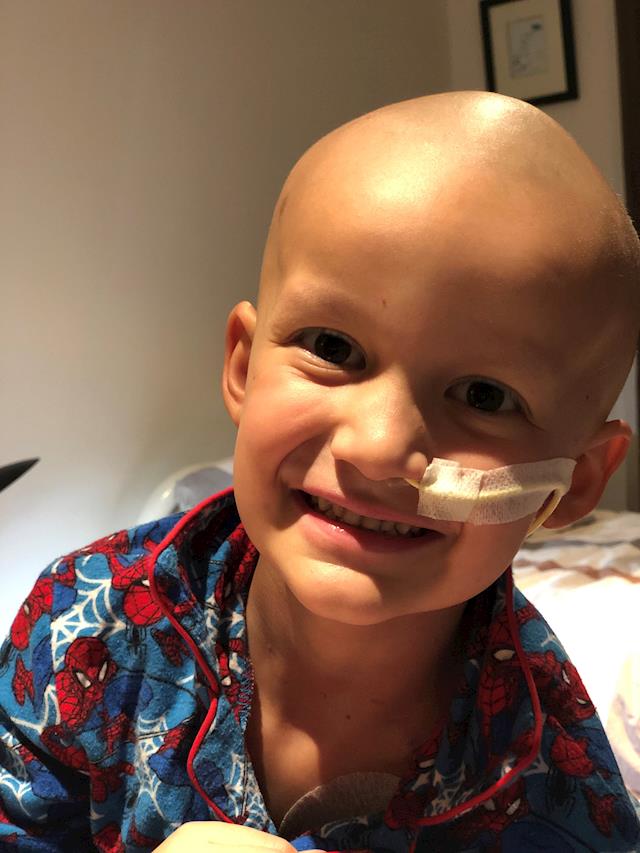 It’s been just over four months since diagnosis.

Most of that time has been spent in Room 12, Level 7, at Starship Hospital.

We’ve been allowed a short break for the long weekend.

This is the first break for Oscar in about two months because he’s been so unwell between Rnd 2 & Rnd 3 of chemo.

It’s been nice for us all as it’s been so long since we’ve spent any time as a whole family.

The kids have all missed their brother & he has needed this so much.

We go back into hospital tomorrow to take on the biggest challenge of his treatment so far.

Oscar will begin Round 4, known as “conditioning”, then he will undergo a Bone Marrow Transplant. (BMT).

We have found a stem cell donor match from the UK, for that we are so grateful.

This is Oscars best chance of survival.

The conditioning is intense.

The transplant itself is relatively “easy” in process.

The process will likely take two months or so.

It will be dictated by Oscar & his body day by day.

He will get sick unfortunately.

The danger of infection and complications is high.

The threat to his life, very real.

There have been discussions about the process with his lead Doctors & the transplant Nurse specialist.

They are highly qualified, amazing people and we trust them and their decisions.

Too many times they mention his mortality during the discussions though.

We place our sons life in their hands.

It’s a reality none of us can ignore.

There have been tears.

I have sat sobbing on the shower floor for my boy and what he faces.

Sleep has been a struggle.

We have started counselling to help Oscar & ourselves as this goes on.

It has been a reality check again, just how big this challenge is that Oscar is fighting & what we will all be facing as we enter hospital tomorrow.

But we do not doubt this is his best chance of fighting the baddies and beating his Leukemia.

He’s strong, he’s brave and we have to believe he will beat this.

Losing is not an option.

Thank you to you all for your support so far, see you in a few months.

Paying to a verified bank account of Sarah Bisman on behalf of Oscar Bisman
Page Moderated The page has been checked by our team to make sure it complies with our terms and conditions.

Want to get in touch with Judy Rooney?