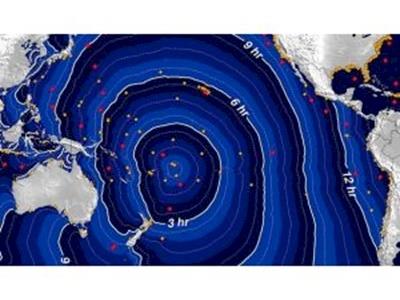 Given by 1407 generous donors in around 3 months

Following a massive 8.3 magnitude earthquake near Samoa a tsunami has hit areas of Samoa.

Our programmes include delivering Meals on Wheels to people at home, providing emergency response and welfare support in times of emergency and disaster, helping to settle former refugees, and much more.

New Zealand Red Cross would like to extend a heartfelt thanks to those people who have contributed so generously to the Samoa Earthquake and Tsunami Appeal fund. The appeal has reached nearly $3 million dollars, and combined with funds collected by other Red Cross National Societies and the International Federation of Red Cross and Red Crescent Societies, the needs identified by Red Cross in Samoa can be met with the monies raised. Earlier this month Red Cross representatives including Glenn Rose, New Zealand Red Cross Humanitarian Programmes Manager, met in Apia with Samoa Red Cross Society leaders to formulate a coordinated response to the long term rebuilding and recovery programmes required in Samoa. The appeal will officially close today (30 November) but money will continue to be accepted into the fund until 31 December 2009. Individuals, groups or organisations that already have fundraising activities planned should ensure they are completed as soon as possible and the money deposited into the appeal before the end of this year. Contributions to the fund received after 31 December can either be returned to the supporter/s or can help provide immediate assistance in future regional disasters and emergencies as part of the Red Cross Pacific Disaster Preparedness fund. gThe overwhelming generosity of New Zealanders has been very humbling. People have once again demonstrated the power of humanity in helping those in need,h says Andrew McKie, New Zealand Red Crossf International Programmes Manager. gInternationally, the money raised to support the appeal will continue to make a huge contribution to the ongoing rehabilitation and recovery for the people of Samoa. Our decision to close the appeal has been made in consultation with the Samoa Red Cross Society and the International Federation of Red Cross and Red Crescent Societies, based on the identified needs and future projects now being funded.h As with all New Zealand Red Cross special appeal funds, 100 percent of donations received, as well as any interest earned, will support the work of Red Cross in Samoa and will make a real difference to the lives of those affected by the disaster. Donations made to the appeal have already been put to work providing disaster relief and recovery supplies such as tents, first aid kits, kitchen packs, water containers, blankets and tarpaulins. To help meet the immediate needs after the tsunami struck, cash was also provided to the Samoa Red Cross Society who were able to purchase locally supplied goods and services. Longer term, appeal funds will be used to enable rehabilitation and recovery projects. This assistance will include community based health care and first aid, psychosocial support, emergency shelter, livelihood programmes, disaster preparedness and disaster risk reduction support and capacity building. It is expected that Red Cross recovery projects will be ongoing during the next five years. For the next three months New Zealand Red Crossf Humanitarian Programmes Manager Glenn Rose will be based in the Pacific, working with the Samoa Red Cross Society and the International Federation of Red Cross and Red Crescent Societies to help manage the set up and initial implementation of long term recovery programmes to those individuals and communities affected.

Created by, and paying to a verified bank account of, New Zealand Red Cross (Charity)
Registered Charity A Registered Charity has legal recognition under the Charities Act 2005.
Tax credit Donations of over $5 are eligible for a New Zealand charitable giving tax credit.
Page Moderated The page has been checked by our team to make sure it complies with our terms and conditions.

Given by 1407 generous donors in around 3 months