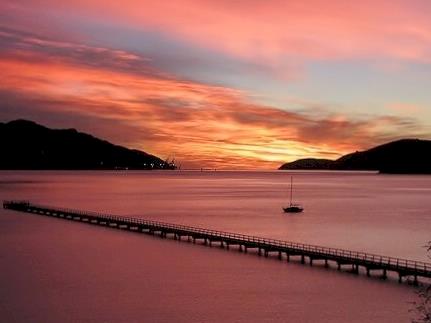 Help us to save the iconic Governors Bay jetty

The jetty lies in shallow waters connecting the bay with a dramatic hillside, dotted with rocky outcrops and native bush. It’s an enchanting landscape that draws people from all walks of life.

The jetty is a remarkable 300 metres long, a similar length to New Brighton pier, but much closer to the water.

In the 1870s, it was used to moor steam boats. As the bay became silted, the jetty was extended. Eventually the steam boats stopped coming and it became a place for recreation - for walking, fishing, jetty jumping, weddings, playing, enjoying the breathtaking scenery.

Buses of schoolchildren from Christchurch came to explore the seascape. Some of the children had never been to the seaside before.

The jetty was immortalised by Margaret Mahy in her popular children's book, a Summery Saturday Morning and graced the silver screen in the adaptation of Margaret's eco-thriller, Kaitangata Twitch.

The community rallied to save the jetty, no matter what. The Council agreed to provide at least $500,000 towards the anticipated $3 million cost, with the Governors Bay Jetty Restoration Trust managing the project on behalf of the community and raising the rest of the money.

The plan is for a full restoration (rather than a piecemeal repair) of the jetty, like-for-like, to a standard that will allow for climate change.

If we restore the jetty to the planned standard, it will outlast every person alive on this earth today.

This is history in the making. We hope you will help us.

The seven members of the Governors Bay Jetty Restoration Trust are donating their time, effort, professional skills, and every Tuesday night until the jetty is restored.

The iconic Governors Bay jetty, closed since the February 2011 earthquake, is facing a slow death by 100,000 barnacles.

It is a remarkable 300m long and is loved by visitors and locals alike as a place for walking, learning, and playing

We can restore it, but we need your help. 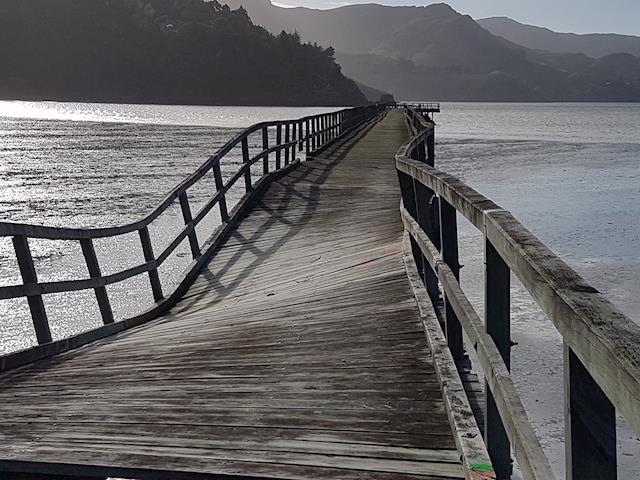 We've come a long way since this page automatically closed in 2018.

Outside of Givealittle, we've raised almost $300,000 from donations, fundraisers, and a Rata Foundation grant of $50,000. Thanks to everyone who has supported us so far!

In July 2019, Christchurch City Council confirmed its intention to match the Trust dollar-for-dollar and increased the budget in the annual plans to $935,000. The Council also agreed that pro bono services provided by the Trustees and others have a dollar value when it comes to co-funding the jetty.

Things are now getting real! We've found ways of reducing the project costs down from $3 million, including using volunteers to refurbish as many of the handrails and planks as we can, and procuring our own timber at cost (rather than buying through a contractor at a mark-up). Added to the pro bono services, this is saving us hundreds of thousands of dollars.

We're re-opening this Givelittle page to reach the wider New Zealand community, asking you to help us in the final push. We are not saving a unique jetty just for us - we are gifting it to future generations.

We plan to start removing the handrails this year and start rebuilding the jetty in February 2020.

We are relying on people and businesses to give a little - or give a lot - to make this happen.

Donations of $500 or more will be recognised by a name or short message on a plank (see www.savethejetty.org for details).

Bennett Family, Gov Bay on 25 Apr 2017
The Jetty is a very special feature of Gov Bay. Thank you for all your efforts to make this happen.
$250

Created by, and paying to a verified bank account of, Governors Bay Jetty Restoration Trust (Charity)
Registered Charity A Registered Charity has legal recognition under the Charities Act 2005.
Tax credit Donations of over $5 are eligible for a New Zealand charitable giving tax credit.
Page Moderated The page has been checked by our team to make sure it complies with our terms and conditions.