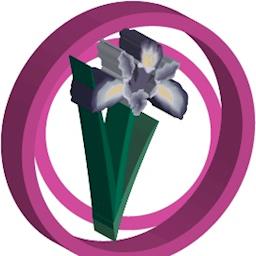 Help us assist the many New Zealander's struggling in silence with the debilitating chronic condition that is Fibromyalgia.

Fibromyalgia is a disorder characterized by widespread musculoskeletal pain accompanied by chronic fatigue and cognitive problems.

Researchers believe that Fibromyalgia amplifies painful sensations by affecting the way the brain processes pain signals. There is no cure for Fibromyalgia as they still don't really understand it.

Fibromyalgia is a silent disease, it affects 3-5% of our population and 80% of warriors are women between the ages of 25-55.

Many with Fibromyalgia also have tension headaches, stiffness in joints, irritable bowel syndrome, anxiety and depression.

So as you can see this is a very complex chronic disorder that can happen to almost anyone.

We have obtained our charitable status but we cannot move forward as we do not have the funds we require.

So we ask that you please donate generously so we can continue supporting Fibromyalgia warriors.

Fibromyalgia is a silent disease. It affects 3-5% of our population and 80% of sufferers are women between the ages of 25-55.

The causes of Fibromyalgia are unknown. It may be a combination of several issues such as hereditary, trauma or a chemical imbalance. It is called a syndrome because it is caused by various disorders.

Fibromyalgia sufferers vary in the way the illness affects them. However, in general Fibromyalgia is marked by widespread, unexplained pain. The pain varies in locations from day to day or even within hours. Apart from pain 90% of sufferers experience severe fatigue and tiredness and unrefreshed sleep upon waking up.

I would like to apologize as I was almost certain that I mentioned somewhere in my application and on my website that I have applied for Charitable Status however, this is about 3 weeks away.

For those of you who have donated, please note that no funds have been spent as yet as I it would be illegal and immoral for me to do so.

I do apologize as for some reason, I sincerely thought that I had written (that I was waiting for Charitable Status to be approved) somewhere on my pages but have now realised that I have mentioned it in applications and have left it out of this page and my website.

For those of you who want a refund, please do let me know and I will refund your donation and you can donate once again (should you wish) once our Charitable Status has been confirmed.

Created by, and paying to a verified bank account of, Fibromyalgia Foundation New Zealand (Charity)
Registered Charity A Registered Charity has legal recognition under the Charities Act 2005.
Page Moderated The page has been checked by our team to make sure it complies with our terms and conditions.